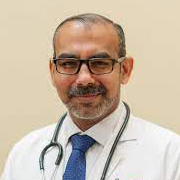 Dr Ranjit Peter is a highly-versed surgeon who specializes in

Dr Ranjit is an alumnus of Kasturba Medical College where he received an MBBS degree and D.L.O. in 1997 and 2000 respectively. 2 years later, he earned a Master’s degree in ENT Surgery from Jawaharlal Nehru Medical College as well as a Diplomate in ENT from the National Board of Examinations. He went on to complete the training of Endoscopic Endonasal Surgery of the Cranial Base and Pituitary Fossa in Pennsylvania, U.S.A. On top of that, Dr Ranjit is a fellow of prestigious associations such as the American Academy of Otorhinolaryngology-Head &amp; Neck Surgery (AAO-HNS), International Working Group on Endoscopic Ear Surgery (IWGEES), Indian Society of Otology, Indian Medical Association and Association of Otorhinolaryngologists of India.
For his surgical competence, judgement and dexterity, Dr Ranjit becomes nationally and internationally renowned. From 2008 to 2017, he served the Government of His Majesty the Sultan and Yang Di-Pertuan of Brunei Darussalam at the ENT Department of RIPAS, the main and largest tertiary hospital of Brunei.
To expand his knowledge and become acquainted with state-of-the-art surgical techniques and procedures, Dr Ranjit regularly attends International conferences and workshops.
Currently, Dr Ranjit holds the position of Senior Consultant and Head of ENT- Head &amp; Neck Surgery Department at Kinder Multispeciality Hospital, Kochi, India. 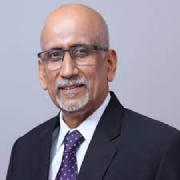 Dr Ranjit Peter is a highly-versed surgeon who specializes in

Dr Haroon pursued his MBBS degree from Bihar University, India. He went on to earn an MCh and a DNB of Neurosurgery from Sri Chitra Tirunal Institute and National Board Exams of India respectively. He then became a fellow of the RCSEd (General Surgery) and RCS(Neurosurgery) granted by the Intercollegiate Board of U.K. Apart from Neurosurgery, he also received a fellowship in Pain Management and a post-graduate diploma in Hospital Administration from Medvarsity, an Apollo Hospitals venture, India.
Dr Haroon is a highly-reputable neurosurgeon, who has vast experience in 16 major hospitals of 6 different countries in Asia and Europe. In Brunei, he played a substantial role in establishing a state-of-the-art Stroke Center in association with the Krankenhaus University of Germany. In recognition of his contribution to developing neurosurgery in Brunei, His Majesty the Sultan of Brunei Darussalam bestowed upon him the Excellence Award (The Most Distinguished Order of Paduka Seri Laila Jasa) in 2013.
Dr Haroon regularly attends international conferences and workshops to stay on top of emerging neurological techniques and procedures. He has published 6 papers in medical journals and is a faculty for teaching young neurosurgeons around the world.
Starting from June 4, 2018 till now, Dr Haroon is working as the Head of the Department of Neurosurgery in Medical Trust Hospital, Kochi, India.